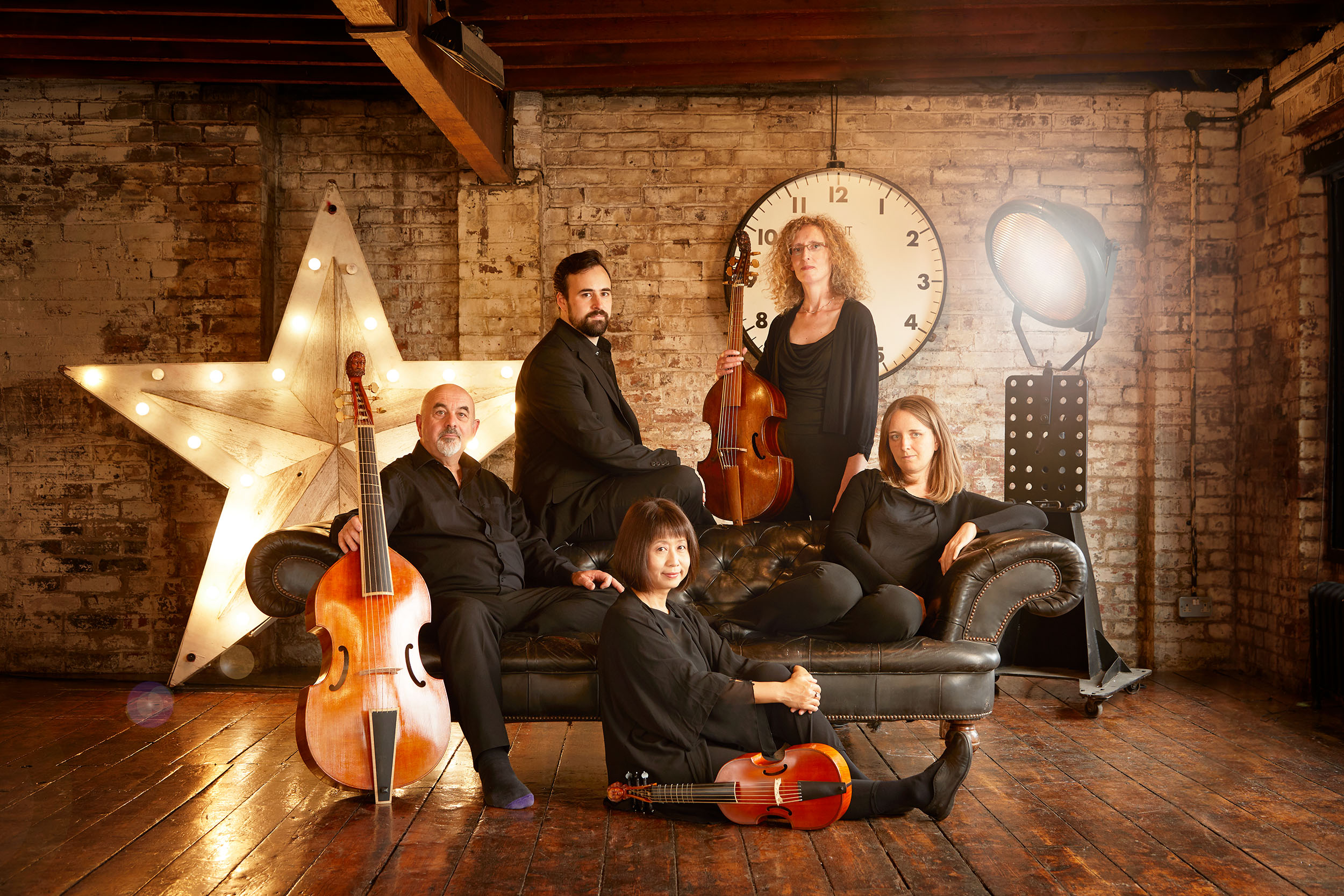 When we think of Purcell, chances are we think of the composer of masques, odes and sundry ceremonial music written on a large scale for royal celebrations and courtly events.  This stunning concert by Fretwork gave insights into Purcell as miniaturist; with performances of seven of his Fantazias, along with Fantasias and Consorts by Purcell’s contemporaries Locke and Jenkins.

In terms of the forces involved, this was music on a small scale,  – a small consort of viols – and in terms of duration, none of the pieces performed lasted more than a few minutes.  But quality rather than quantity was the watchword here, with each brief masterwork presented as a perfectly polished gem.  This was playing of precision, high technical accomplishment, superlative handling of often complex contrapuntal textures and tight ensemble, but also so much more.

We tend to think of the chamber music of later centuries as taking us deeper into the minds and intimate world of the great symphonic composers.  Similarly, in these performances, Fretwork used the dense and concentrated quality of the music to give performances full of the individual personalities of the men who wrote them and of their inner lives.

Music which can, with all its complexity of counterpoint, often feel cerebral and formal, in the hands of these expressive players, felt intimate and deeply personal; the interplay between the parts fluid and wonderfully conversational.  Indeed, the players reflected this conversational quality in the use of their eyes, bodies, instruments, and movements to pass ideas among and around the group. This was so very engaging.

The use of lush chromaticism, particularly in the unmistakable hands of Henry Purcell, communicated a sense of yearning and melancholy, while audacious tonal shifts became cyphers for uncertainty and internal conflict.  We were taken beyond the surface of the music and deep into the imaginations of the creators. Programme notes indicate that in life John Locke was a difficult and cantankerous chap. However, Fretwork’s reading of his music showed something of this clearly profoundly complex man.

The venerable and ancient Leominster Priory provided an atmospheric setting and perfect acoustic for this thoughtful and revelatory programme of music.

The venerable and ancient Leominster Priory provided an atmospheric setting and perfect acoustic for this thoughtful and revelatory programme of music.